In the early 1900s an educator named James Boyd McFarland moved to the Anaheim area form Zanesville, Ohio, to try his hand at real estate and walnut farming.
McFarland visited Kern County in 1907 and was impressed with the land's crop growing potential near a community called Hunt's Siding.  Hunt's Siding was a small agriculture and livestock based community that served about 50 families.
With help from Bakersfield real estate businessman William Laird, McFarland bought 50 acres on what is now McFarland.
The town was founded in 1909 and later became incorporated in the summer of 1957.  McFarland grew tremendously during the Great Depression of the 1930s, then the population tapered off during World War II.
In 1950, Highway 99, the major corridor of the Central Valley, was constructed, which ended up dividing the town into an east side and west side.  This division created a barrier that affects community relations even now, according to the city's web site. 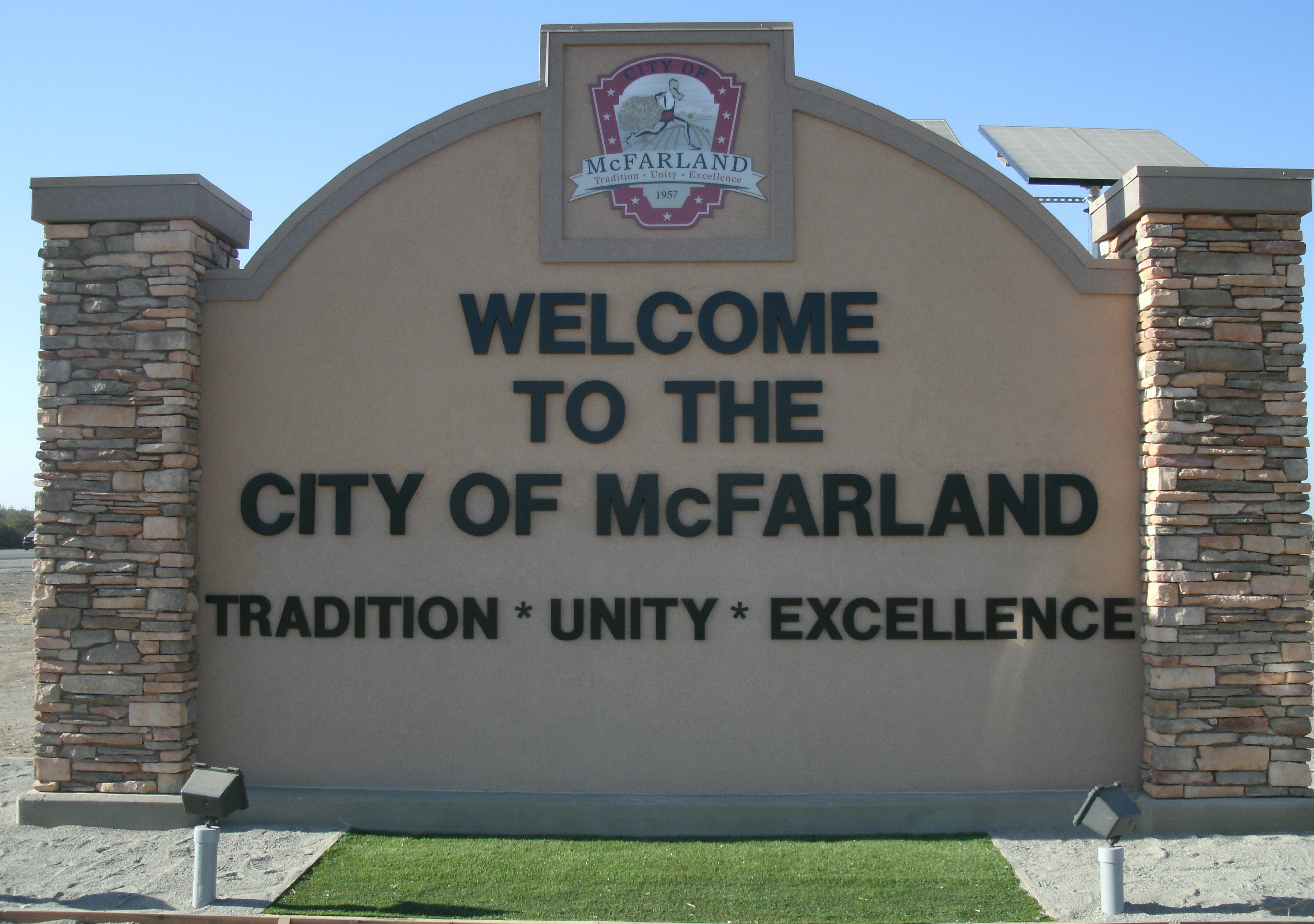